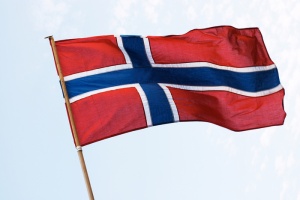 The neighborhood I live in, Ballard, is the historic home of Scandinavian fishermen – and to this day it is home for most of the Norwegian ex-pats and descendants of Norwegian immigrants in the city. Tonight the Norwegian consulate and the Nordic Heritage Museum held a vigil in remembrance of the tragic events in Norway last Friday. The museum is in an old schoolhouse, and the auditorium was full to capacity when I arrived. We were directed to the lawn and given long stemmed roses in all colours on the way – red, yellow, white, pale pink, coral. We stood, sat on steps, sat on folding chairs, sat on the grass and waited to hear the words spoken inside.

As they began I noticed a few of the people gathered there. An old man stood directly across from me, his wire-rimmed glasses sliding down his nose, wearing a mismatched navy blue suit and all the grief of a people on his face. Near him was a small girl of about two, wearing a bright pink dress and a shirt that said ‘I’m Cute and I’m LOVING it,’ twirling near her seated parents, her father smiling at her gently, her mother weeping. A few rows back in the gathered crowd on the lawn, I saw a man wearing a clerical collar, who looked up, not down, during the prayers. Scattered through the mostly pale Scandinavian faces were a few of darker skin colour, Asian, Indian, African-American, Hispanic. A little dog of mixed breed, with wiry brown-and-gold fur, barked delightedly during each moment of silence.